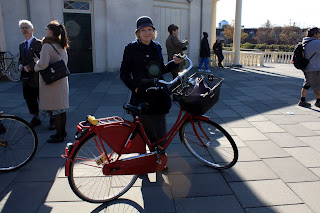 I was really there!

Photo via veronikavsyou- check out her photostream.

Ok, so I might have been excited about the Philly Tweed Ride since the second I found out about it. But how could I not be? A bunch of finely dressed people riding bikes together? This is what I do. We were blessed with great weather for parading through the city. The part of me that's been reading about fundamentalists all week would like to think that hearts were changed and that many Center City onlookers saw the "style over speed" bicycle light this November afternoon. If anything, a lot of people saw the Old Dutch Treat and had plenty of nice things to say about my beloved beast. 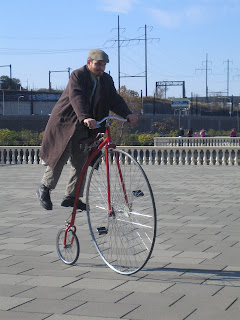 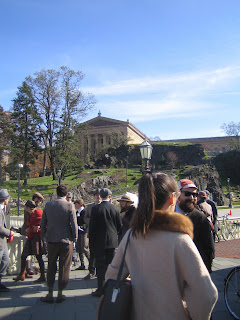 At the Waterworks behind the Art Museum before the ride. 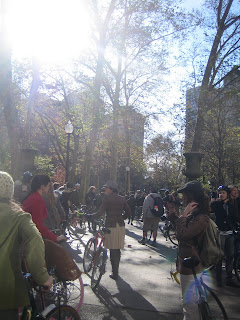 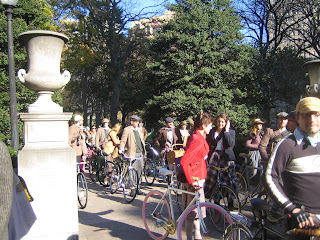 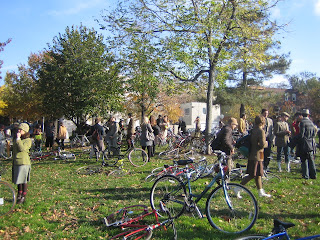 Chilling at the Schuykill River Park.

It was an amazing time. I was the 49th person to sign in, and there were easily at least 20 more people who came after me. We rode through Center City (past tons of shocked Saturday shoppers on Walnut!), walked through Rittenhouse Square, played games at Schuykill River Park, rode past Independence Hall, enjoyed a pleasant regrouping at Elfreth's Alley (Philadelphia's Oldest Street!), and then terminated the ride at the choice bar / eatery The Institute (that extra bowl of chili accidentally sent up to the second floor that I got to eat? AMAZING.). I was fortunate to meet a ton of kind folks that I am proud to share the road with.  It was nice to get together with a bunch of other everyday cyclists for a little fun and to remember why doing what we do is so dang cool.

Love your outfit! I know you had a great time!

Great pic of you and the old Dutch treat!

Nice blog you have here...I wonder if you like bike then you must like bike games...you can play bike games at this site Bike Games. Also, you can play more game sites at Online Games, Kissing Games, Car Games, Driving Games, Truck Games, Dress Up Games, Games for Girls, Addicting Games and Girl Games.

I believe there is a time for meditation in cathedrals of our own. 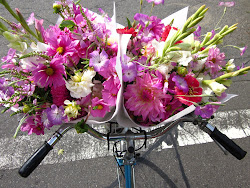 I protect my noggin with a Nutcase. 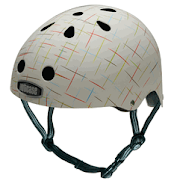 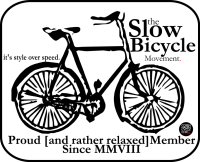